Birch and Waite was founded in Australia over 30 years ago and is renowned for producing Australia’s first batch-crafted, fresh-chilled, Whole Egg Mayonnaise. The business now creates dozens of delicious mayonnaise products, dressings, relishes and sauces. With two manufacturing facilities in Sydney, a full innovation team and a sales force spearheaded by ex-chefs, the company […]

The importance of diversification and the $6 latte question with Nick Mastro, owner of Adore Coffee Roasters

Severe drought conditions in eastern Australia followed by the onset of the global pandemic over the past two years have raised concerns about Australian food security. The Federal Government has been quick to respond however – putting out a raft of information outlining the strong position the industry is in. Despite some shortages seen on […]

Campaigns promoting temporary abstinence from alcohol have made their mark on the calendar, from FebFast and Dry July to Go Sober for October. However, a more permanent change to drinking patterns is emerging, driving enormous growth in the low/no-alcohol drinks market. From red wine to beer and every type of spirit and pre-mix option imaginable, […]

How CBD-Based Businesses Can Make Over Mondays

Rewarding the unicorns: attracting and keeping your best staff

The battle against single-use plastics has been taking place for years, waged primarily by environmentalists and anyone concerned about the terrible damage it causes to wildlife, marine species, and the future of the planet. As more and more people make conscious decisions to avoid using products made of plastic, the battle is ramping up. Simple […]

Rewarding the unicorns: attracting and keeping your best staff

Old-school Cool: The Baked Goods Back in Business

How businesses can cash in on old-school baked treats.

Flavour of January: The Artisanal Rise 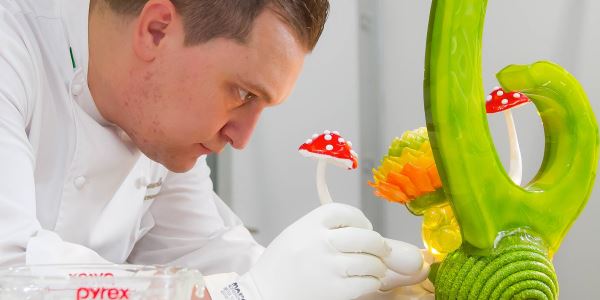