With single-use plastics being phased out across Australia, a new generation of food packaging is being developed to take over.

The battle against single-use plastics has been taking place for years, waged primarily by environmentalists and anyone concerned about the terrible damage it causes to wildlife, marine species, and the future of the planet. As more and more people make conscious decisions to avoid using products made of plastic, the battle is ramping up.

Simple items, such as straws, takeaway cutlery and food packaging make a huge contribution to the 2.5 million tonnes of plastic waste Australia produces each year, about 84 per cent of which is sent to landfill. Of that, 130,000 tonnes of plastic waste leaks into the environment annually and once thrown out, it takes 500-1,000 years to degrade.

It’s a problem that is not going away unless behaviours change, and penalties apply.

The good news is that the Australian Government has announced it will phase-out single use plastics by 2025. The phase-out will include problematic and unnecessary plastic waste such as lightweight plastic bags, plastic misleadingly labelled “degradable”, plastic utensils and stirrers, plastic straws, polystyrene food containers, polystyrene consumer-goods packaging, and microbeads in personal-care products.

If everything is on track, under the National Plastics Plan, polystyrene should be gone from food and beverage containers by December 2022. That means it is time to start using alternative packaging options, and the good news is there are plenty available that are made from alternative materials, including food waste.

“There’s a lot of great packaging options coming out made of pineapples and other fruit and vegetables, as well as starches and plant material,” she explains.

“For example, we’ve got compostable mailers that you can feed straight into your worm farm, they are made of corn and plant starch and they will disappear between 45 and 90 days.”

Here we take a look at three great options already saving the planet.

Mushrooms might not seem like they’ve got the strength behind them to package anything – but the fact is they are a great alternative because they mimic plastic in many ways.

The manufacturing process begins by mixing fungus sprouts with seedlings or other residues from agriculture. Without the need for either light, water or chemical additives, the result is a fully natural composite material with similar material properties to synthetic foam plastics like Styrofoam.

Mushroom’s springy texture also makes them an alternative to packing filler – and they are an excellent way to package wine bottles or other fragile food items.

They are also 100 per cent biodegradable so, instead of the bin, they go straight in the ground or compost.

Fortunately, takeaway cutlery has been revolutionised with the invention of edible spoons, forks, coffee cups, straws and stirrers.

Amol Kingaonkar, Founder and Managing Director of South Australian-based Use N Eat Edible Cutlery, says there are three key benefits for their use as an alternative to plastic cutlery – in addition to the obvious fact that they taste delicious and come in a range of flavours including chocolate, strawberry and various natural herbs.

“There are many reasons these products are a sustainable alternative to non-plastic options,” he explains. “Firstly, they are made from naturally produced materials (wheat, rice, corn and spices). No trees are cut or chemicals are used in making them.

“Secondly, there is zero waste, if not eaten after use – the spoons can be recycled (green waste recycling) and finally, if it goes into the landfill – there are no adverse impacts on the environment as edible cutlery will biodegrade faster than a wooden or paper cutlery option.”

The Philippines has found an excellent way to use the enormous amounts of pineapple leaves it produces as the world’s second-largest pineapple grower.

Researchers have created a new product called pinyapel, which is a paper-like product that doesn’t involve cutting down trees. It’s now being used to create everything from coffee cups to shopping bags.

The product is a popular choice as it decomposes faster than other paper products and it’s naturally water-resistant, so when it comes to coffee cups, for example, there’s no need for the plastic film layer, which prevents the cup from being recycled.

With all these options out there, and many more under development, there is a clear case to join the push to phase out plastics by 2025. 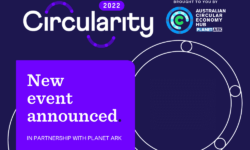