Hospitality businesses are finding creative ways to survive – and even thrive – during the coronavirus pandemic.

Running a successful hospitality business always requires creativity, persistence and an ability to adapt, but there’s never been a situation as overwhelming, far-reaching and challenging as the COVID-19 pandemic.

Government recommendations and ever-changing rules have made it impossible for many businesses to continue to trade, at least for now. Those who persist must be innovative and nimble in extremely tough circumstances for which no template exists.

Adaptation is crucial, says Restaurant & Catering Industry Association of Australia CEO Wes Lambert. “We’re encouraging restaurants, cafes, caterers and coffee shops to reinvent their businesses during this crisis to keep as many people in jobs as possible and to be on the best footing for their individual businesses post crisis,” he says.

That’s exactly what NSW pub owner Martin Short is doing – he’s repurposed five of his nine hotels as convenience stores. “None of us can comprehend what we’re going through and what we’re going to go through,” he says. “As things ramped up, we asked ourselves what we needed to do to be relevant to our communities. That’s what the local pub is all about.”

Short contacted local butchers, greengrocers and bakers and marshalled his regular suppliers. The Tudor Hotel in Redfern, Royal Hotel in Leichhardt, Seabreeze Beach Hotel in South West Rocks, Sawtell Hotel in Sawtell and Toormina Hotel in Coffs Harbour are now one-stop shops for the community, selling fresh food, pantry staples, toilet paper and sanitiser, as well as the beer, wine and spirits they were already retailing.

“We’re a food brand all of a sudden,” says Short. “I’ve done deals with suppliers to get fridges and freezers, we’ve developed a brand, labelling, expiry dates, POS systems and an online store is coming. We’re ensuring our supply chains are safe, establishing protocols and transferring products from other hotels to these ones that are open. I’m keeping as many people employed as I can.”

Short has stayed in close contact with a friend in the US who owns gyms. “It’s different challenges – people only come to pubs to exercise their elbows – but compliance and adaptation are key,” says Short. “The US has been ahead of us with the restrictions, so it’s been very helpful to stay in touch. When I moved on this last week, people here thought I must have had a crystal ball.”

The highly regulated nature of the hospitality industry also stands him in good stead. “We have the skill in our teams,” he says. “It’s about redirecting our skill and repurposing our business model. It’s tough, everyone is hurting, but we are in this together.”

With restaurants and cafes no longer able to welcome dine-in customers, many have pivoted to take-away and delivery, often using traditional partners such as Uber Eats but also through new low-cost channels including HungryHungry, which integrates with the popular OrderMate POS and fast-tracked its launch to assist in this crisis.

For in-person pick-up or delivery transactions, existing tap-to-pay POS is being re-pitched as ‘contactless’, tying in with social distancing protocols.

Restaurants that have never before considered off-site dining include Melbourne’s three-hat Attica, which has opened a bakery selling Davidson Plum scrolls and wattleseed brownies, as well as wine from the restaurant’s own cellar. Desperate times call for unique measures.

The all-encompassing nature of the COVID-19 crisis has seen many businesses collaborate in an effort to survive. Sydney’s Prince of York is delivering cooked meals as well as cook-at-home supplies such as fish fillets from Josh Niland’s Fish Butchery. In Melbourne, Theodore’s in Brunswick has partnered with its produce wholesaler Northside to build veggie boxes for customers. In nearby South Melbourne, Israeli cafe Left-Handed Chef and Italian restaurant Park Street Pasta & Wine are considering shared food delivery options to minimise costs.

Other operators are delivering online experiences in an attempt to stay afloat. Chef Charlie Carrington decided takeaway wasn’t going to work for the tasting menus he serves at Atlas Dining in Melbourne. Instead, he swiftly launched an online masterclass, delivering ingredient boxes and a live-streamed cooking class.

“Atlas is an experience, not just a place you go for food,” Carrington says. “It’s a new environment but I still wanted to offer an experience. It’s a tough one but I’m trying to make a positive out of the biggest negative.”

Wineries are also moving to online streaming. Healesville’s Innocent Bystander is running live tasting sessions via Facebook, with discounted wine and shipping so customers can partake. South Australia’s Patrick of Coonawarra is shipping discounted wine with free decks of UNO playing cards. Once customers accept delivery, they can access a personalised tasting via Zoom. The cellar door team will even take drinkers on a virtual tour of the vineyard.

Not every business can trade through the crisis. Olive oil producer and distributor Morri Behrmann has nine tonnes of oil he can’t shift. “We’re basically shutting down because wholesalers and restaurants aren’t ordering,” he says. “I’m resigned to it.”

Behrmann thinks the industry will be different on the other side of the pandemic, especially because many businesses will realise their employees function well at home. This will alter the balance of commercial tenancies and the food businesses that used to serve them.

Meanwhile, the next season’s olives continue to grow. “The trees have their own timetable and they expect to be picked,” he says. “We have to go ahead, and we will. We’re optimistic we’ll get to the other side.”

Restaurateur Vivian Wang owns Nanjing Story in Melbourne’s Chinatown. That restaurant is currently closed but her family also owns three restaurants in Nanjing, in China’s eastern Jiangsu province, giving her a glimmer of light at the end of the pandemic tunnel. The Nanjing restaurants were closed in November and reopened two weeks ago.

She estimates the restaurants are doing just 20 per cent of their pre-pandemic trade, and they’re still offering takeaway and delivery to boost business. “The virus is dangerous, and it was essential to shut restaurants – we understand that,” she says. “But it’s hard. It will be a long time before we’re back to normal.”

Melbourne chef Domenico di Marco refuses to be beaten by COVID-19. “Life is testing me, but we need to understand that this will pass,” he says. “We will get through it and one day I know I’ll be serving beautiful a la carte meals in my restaurant again. There’s no way this is the end.” 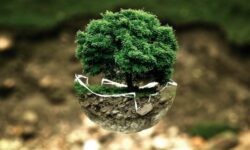