Given global trends towards direct trade are booming in coffee – no good hipster barista would be caught without an exotic selection of estate and micro-lot beans – it’s little wonder bakers and pastry chefs are joining the single-origin movement.

Celebrating a specific region has been part and parcel of the food and beverage industry for years; take wine, whisky and beef as an example. But single-origin claims go a step further, acknowledging the producer’s relationship with a farm or a community. In turn, it not only celebrates specific farming regions, but also the farmers themselves – and the kind of work they do.

For chocolate artisans, single-origin chocolate has provided a real point of difference against the big consumer brands, such as Cadbury. Drew Maddison, owner of Melbourne-based family chocolate business The Ministry of Chocolate, attributes the trend’s success to the fact it puts a story behind the product.

“Consumers might not refer to the trend as ‘single-origin’, but across all categories, they want to be able to relate to the country a product is grown in, or the region it’s grown in. All my peers in the chocolate industry are noticing this trend pick up,” he says.

“We’re also finding Australians are starting to come back to supporting local farmers, which is fantastic. It’s great to be able to share the story of the chocolate with consumers as well, which you can only do if you know where it has come from.

“The majority of Daintree Estates’ farmers, for example, are in the Mossman Gorge, located in the southern part of the spectacular Daintree National Park in Queensland, but they also have a larger grower south of Cairns.”

The Daintree Estates’ single-estate organic chocolate was one of the first organic chocolates ever grown in Australia and Drew says the flavour profile is one-of-a-kind, with a “good front, middle and back palate”.

The Single Origin Sourdough and Single Origin Sprouted Wheat are both made with flour milled from wheat grown in the Southern Flinders Ranges of South Australia, the provenance of which can be tracked from the wheat in the field to the final product.

It’s the result of a five-year quest by the bakery’s co-founder Michael Klausen, who wanted to buy flour straight from the farmer and describes the development as “a dream come true”. He also says it has huge implications for the future of sustainable farming.

“For years we’ve seen a global movement of chefs and consumers demanding to know where their food comes from and championing the concept of paddock to plate,” he says.

“You can track the origin of beef, lamb, vegetables and more. But not bread. It was as though wheat was forgotten.

“By being traceable we can look at how it is grown – soil management – who is growing it, what impact it has on the soil and so on. It will have strong characters from a single region, based on the climate, the soil, environmental factors and grain variety.

“The farmers, the millers and the artisan bakers will slowly see this.”

Image: Michael Klausen (right) with a wheat farmer in the Flinders Rangers, SA 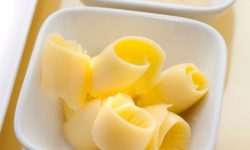 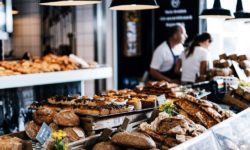 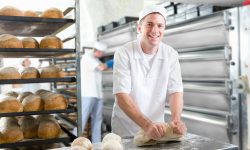 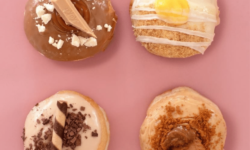