We hear from some amazing women in foodservice and their experiences as chefs, food journalists and restaurateurs.

The foodservice industry in Australia boasts some of the most innovative and forward-thinking female chefs, cooks, writers and purveyors to be found anywhere in the world.

This year, Fine Food Australia’s 4th annual Women in Foodservice Charity Event will host a discussion featuring several influential females in food-related careers. We asked three of the panel members to share what it’s like to be a woman in this field.

‘Women should be more confident’ 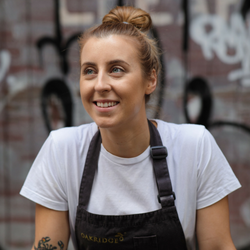 Jo Barrett is co-executive chef at Oakridge Winery in the Yarra Valley. With multiple prestigious industry awards under her belt, she says making an effort to surround yourself with a positive, supportive network of other talented women influences your confidence and ability to excel in foodservice.

Barrett believes women can suffer from a lack of confidence in their work and should recognise that it takes time and dedication to become comfortable in a role.

“It would be silly to think men and women are the same because we aren’t. Women bring different qualities, styles and approaches to the way we run things, the way we conduct ourselves and our relationships with employees, for instance.”

Leong believes these differences are noticeable in restaurant kitchens where women are at the helm.

She says, “It may be a stereotypical thing to say, but women-run kitchens tend to be more nurturing, more open and a bit more fair.”

Dani Valent is a journalist, author and frequent guest on both TV and radio, where she weighs in on all things food.

She says, “In this industry, there are a lot of women working at a really high level, and I’ve always had great role models.”

As she’s moved up the ranks, Valent has made it a mission to seek and promote other strong female talent.

“I want to highlight other women, to be part of a community of women that’s helping bring one another up,” she says. 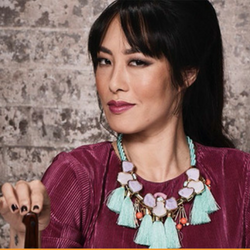 Leong feels lucky to call many women in food her friends, and though there are too many to name all of those who’ve influenced her, Christine Manfield and Alex Herbet are standouts because of the support and advice they offered early in her career.

Valent has an enduring respect for trailblazer Jill Dupleix, who generously gave up time and expertise when she was getting started in the industry. She also draws inspiration from one of Australia’s most beloved cooks and restaurateurs, Stephanie Alexander.

Valent says, “Stephanie not only changed the way we eat in Australia but also the way we think about food and food education.”

She adds, “You don’t always have to be inspired by people who are older than you, so I’d also like to mention Alice Zaslavsky. I’m a real admirer of hers, she’s the kind of person who wants to bring people up with her and she’s bringing a different perspective and energy.”

Barrett says, “Danielle started Wasabi when she was in her early twenties and it has been successfully running for over 14 years.

“She has an incredible work ethic and ethos around environment, attention to detail and quality, she is incredibly generous and encouraging, and is constantly evolving.” 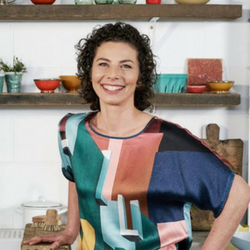 Despite many positive examples of success and equality in foodservice, Valent says there are some recurring issues around women working in kitchens.

She says, “It’s still a pretty blokey culture, and I think that suits some women, but it can still be an atmosphere that isn’t as inclusive as it should be.

“We should have moved on from a lot of these issues, but they are things which do persist.

“Some work practices aren’t particularly friendly to women, especially women who’ve got families or have kids, so work hours and conditions could still do with improvement.”

Leong agrees, saying, “Women might choose to take time out from the industry to have children, for example, and it becomes very difficult to go back into it again.”

Emotion and connection around food

Barrett says she’s grateful for opportunities to learn constantly and travel the globe, but ultimately her love for the food industry is about its ability to connect people from all walks of life.

She says, “It doesn’t matter your socioeconomic status or religious beliefs, food has the ability to break down barriers and bring people together.”

Valent echoes this sentiment, saying, “Food is such a rich, powerful and non-threatening way to create connection between people of all different types and all different places.

“That’s the reason I love it most, for the way it can create connections.”