Flavour of December: Keep Your Cool 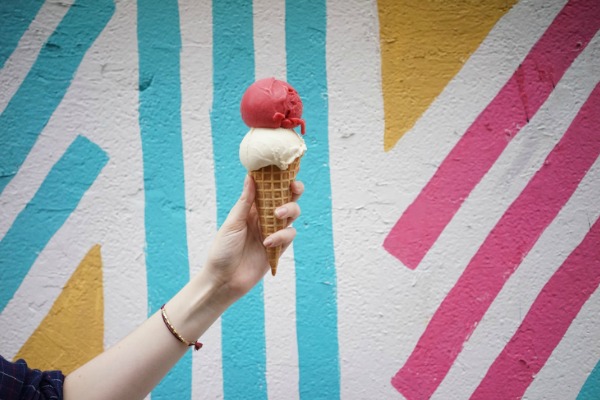 The footprint of ice cream chains is shrinking across Australia, but boutique gelaterias have queues forming around the block. Why? Because in the world of gelato, as with bread, artisan is in. Written by Nichola Davies, Editor of Baking Business.

Whatever the reason, it’s here to stay. In fact, consumer shifts from ice cream to gelato, particularly in the retail market, have been tracked throughout the UK, the US, Asia and Australia in the past 12 months. Perceptions gelato and sorbet are healthier alternatives to ice cream are largely to thank for the trend, but calories aside, there’s no denying gelato – done well – is simply delicious.

Gelato isn’t just the Italian word for ice cream. In reality, there are many differences between the two. One of the main differences is gelato generally contains less fat than ice cream, as gelato uses whole milk. Ice cream, on the other hand, is made with cream, which can coat the tongue and mute other flavours. Gelato also has around half the amount of air of ice cream – churned at a lower speed – which leads to a more intense flavour and a smoother, denser texture.

It need not be specialty stores that reap all the benefits. More and more restaurants, cafés, bakeries and patisseries are teaming up with gelato makers – or making their own gelato – to entice customers with icy-cold recipes such as gelato doughnuts.

How to spot a good gelato

Generally, you can pick quality gelato by the way it looks. It sounds obvious, but products made with natural colours and ingredients have delicate, pastel tones that look like crushed versions of the original food. Pistachio flavour, for example, should be an olive-green hue that resembles crushed nuts, not fluorescent green.

As for the structure, the end product has to slowly and easily scoop up, which will show it’s creamy and has a uniformly smooth consistency without lumpy bits of ice. If it melts too slowly or too quickly, the recipe has gone wrong somewhere – usually when fat is introduced.

Does the gelato manufacturer offer fior di latte, or fior di panna? These flavours, made from pure milk and pure cream respectively, are the basic form of gelato, which means they are the flavours that most clearly expose the quality of the milk. The Italians are generally distrustful of a gelato shop that doesn’t offer at least fior di latte.

Ultimately, the proof is in the taste. If you still want more after eating a few scoops, you’ve got a quality product. If you feel thirsty, however, try again.