Flavour of January: Seven for 2017 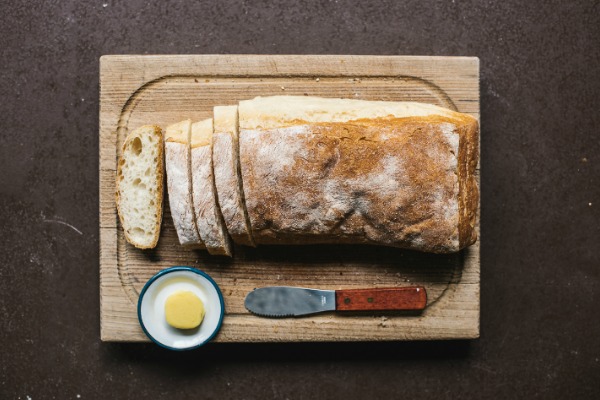 We put leading chefs and restaurateurs on the spot, asking them to identify the trends that will influence foodservice menus this year. Written by Danielle Bowling, Editor of Hospitality Magazine. Image supplied by Alana Dimou.

Think killer burgers and fried chicken. “The shift away from technical MasterChef-style dishes towards the more accessible ‘home-made’ style seen on My Kitchen Rules is reflective of the public’s appreciation for more humble restaurant offerings,” said Solotel’s group food and beverage manager, David Stossel and executive chef, Ben Turner. “Diners want the same sort of food they can cook at home, just better. If it’s a burger at a pub then expectations needs to be surpassed with interesting condiments and flavour combinations.” While concepts like Urban Purveyor Group’s Fratelli Famous and Sake Jr are adding variety to the space, burgers are set to remain king in the fast casual category, with brands like Melbourne’s Huxtaburger set to expand nationally over the next five years and a growing number of fine dining establishments experimenting with fast casual concepts (think Ume Burger and Burger Project). “The burger craze will continue to grow, even though people have declared it dead. At the base of it, people just like to eat burgers,”

Classical cooking techniques that have been put on the sideline in years gone by are back. “Chefs are going back to basics and in 2017 you’ll see more slow roasted and braised dishes and less sous vide. Good examples are Bar Brose’s cheese gougeres and Hubert’s jellied eggs,” Stossel and Turner said. “The more elemental style of cooking will take hold. Places like Firedoor and Fred’s are really latching on to a simpler, transparent approach to cooking. Hopefully it will create a more honest approach to food and foodservice,” said Gordon.

Alex Chan, owner of artisan chocolate shop Oh!Boo, said native foods will be 2017’s strongest trend. Oh!Boo is working closely with local indigenous leaders to develop its Barangaroo Box, a chocolate box made exclusively with the flavours and ingredients coming from local indigenous produce.  “Chocolate, just like most foods, needs to represent the heritage of the place you live in. Being based in Barangaroo, we wanted to create a box that paid respect to the history of the indigenous community from the area,” Chan said. At Lotus, also in Barangaroo, head chef Chris Yan adds a touch of Australia to the Chinese menu, using native Australian ingredients such as lemon aspen, cassia bark, butterfly pea flower and crystal ice plant. Yan’s even enlisted the help of a horticulturist to plant herbs and native ingredients around the restaurant. Other chefs championing native ingredients include Elijah Holland, Matt Stone (Oakridge Winery), Clinton McIver (Amaru), Kylie Kwong (Billy Kwong) and Clayton Donovan.

A recent report from Roy Morgan found that between 2012 and 2016, the number of Australians who adhered to a vegetarian or almost vegetarian diet rose from 9.7 percent of the population to 11.2 percent. On the back of this booming trend, the humble vegetable has learnt to stand on its own on foodservice menus. “So many innovative cooking techniques are now being applied to vegetables, with many venues really starting to make them the star of the menu, like Sydney’s Yellow,” said Stossel and Turner. “With rising protein prices – currently at unprecedented levels and expected to continue climbing – making vegetables more prominent on your menu makes good business sense.” There’s also a growing number of vegan products entering the market, including Over The Moo, a coconut milk ice cream that’s 100 percent vegan and is being used by cafes and bars for milkshakes, desserts and cakes.

Brasserie Bread has just converted its entire range to single origin, sustainable grain and expects others to do the same in  2017. It’s working directly with farmers from wheat-growing regions such as the Southern Flinders Ranges and Gwydir Shire to craft a milled flour perfect for sourdough. “We’ve found the success in our offering is the fact that we have a strong understanding of our inputs and we are very strict about what we put into our produce. I searched for five years looking for the best wheat to use in the bread that we bake. Working with single origin farmers has resonated in our customers’ appreciation for our high quality, consistency and taste,” said co-founder, Michael Klausen. Single origin coffees will continue to gain traction in 2017, as will single origin teas (like those on offer at The Rabbit Hole Organic Tea Bar) and chocolates (RivaReno in Sydney’s Barangaroo uses single origin Valrhona chocolate in its gelato).

Just like many chefs are reverting to old school techniques and simplifying the process of cooking, the finished product is about to get streamlined too. “I’m guessing there will be less fussy food. I just came back from New York, and everything was three or four components on a plate. And customers are encouraged to order five to seven plates. If you do that, then you’ve still tasted like 21 components, it’s just more focused,” said Victor Liong of Lee Ho Fook. Food might look simpler, but the processes behind it won’t be. With fewer elements on a plate, anything that’s less than perfect will stand out. Liong points to chefs like Josh Niland (Saint Peter) and Chase Kojima (Sokyo) who are taking the time to dry-age fish, creating a product the quality of which has been ensured before it makes contact with a pan. The trend extends to desserts as well, with the likes of Lauren Eldridge at Pei Modern honing her ‘less is more’ philosophy with dishes like the frozen blood orange curd with blood orange sherbet and candied orange making the most of just one ingredient and a handful of techniques.

“There are a lot of interesting mash-ups happening. A year ago, putting miso in a carbonara was a big no-no, but these days using miso as an umami component and in an emulsifying capacity makes sense,” said Liong. It’s about finding parallels between seemingly disparate cuisines and putting the elements together in a way that makes sense, and, fundamentally, tastes delicious. Alluding to the similarities between noodles and pasta despite their origins in very distinct cuisines, Liong said “quasi mash-ups make sense in context, like using pasta in a ramen dish or in stir-fries. “It’s finding elements of cuisines that are distinctive and adding them together to make it work so that it almost creates a new identity. Mitch [Orr] does a really good job of that at ACME. “I think that really forges an identity in Australian cuisine, in terms of what young chefs are looking at and how they’re trying to identify themselves in this part of the world.”