Eating with the eyes Artistically-plated food can have benefits beyond Instagram, tapping in to the instinctive human reaction to visuals and setting the stage for future trends.

Attention to detail in terms of plating and presentation was once the reserve of fine-dining establishments. However, in the era of Instagram, when customers are won or lost over how photogenic their food looks, visuals are becoming paramount at eateries at both ends of the industry spectrum.

Instagram has over 178 million photos tagged #food, with images on social media increasingly being viewed as a powerful (and free) marketing tool, especially when one considers that 90% of information transmitted to the brain is visual (3M Corporation).

Research also shows that 40% of people respond better to visuals than text (Zabisco), while anecdotal evidence points to a major link between posting images of new dishes on the restaurant’s social media sites and an upswing in customers, provided the image is attractive enough.

Plating should take further priority in light of new findings from a team of researchers in the UK who have been exploring how the presentation of food affects a diner’s perception of taste and the amount they are willing to pay for their meal.

Former chef Charles Michel and his colleagues at the Crossmodel Research Laboratory at Oxford University’s department of experimental psychology recently carried out two separate studies on the relationship between visuals and the experience of food.

An online experiment of over 1,600 people looked at the best way to plate food and found that, if a dish contains any food with an obvious visual point, diners prefer it to be pointed up or away from them – they are even willing to pay more for it. Diners will also pay more if the food is pointed to the right, but not to the left.

In a separate study conducted on 60 people, researchers found that a salad presented in an artistic manner (a similar presentation to a Kadinsky painting) was considered more artistic and complex, and was liked more than the salads of the same ingredients presented simply. The participants also reported the artistic salad was tastier and were willing to pay more for it.

As Michel concluded, “we really are animals driven by vision”, with the presentation of food having a major impact on a person’s expectation and subsequent experience of their meal.

David Sax, author of The Tastemakers on food trends, agrees that food “has become a visual medium. We are eating with our eyes first.” He goes on to suggest that food trends are influenced and even created based on visual appeal more than their content, citing the Cronut as an example.

“The Cronut was not a pudding, right?” Sax said. “The first one looked like that magical pink doughnut from The Simpsons that doesn’t exist. More and more of the trends are visually appealing. The great stew trend hasn’t blown up for a reason.” (nytimes.com)

While some chefs resist the intrusion of picture-snappers in their restaurants, it might be time to embrace the photographers as a necessary part of survival in an increasingly visual world. 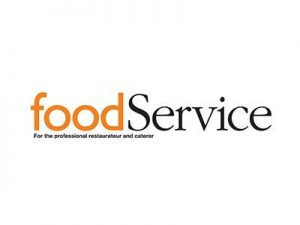