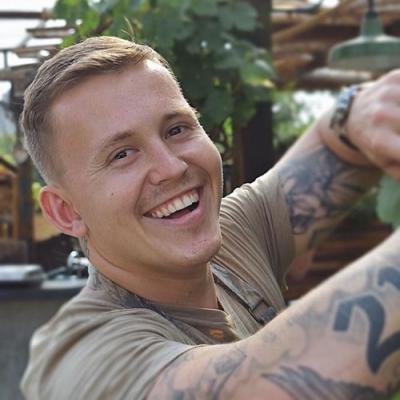 Widely described as a modern-day hunter and gatherer, Elijah has made a global mark with his encyclopaedic knowledge and ingenuity in procuring and cooking with wild ingredients around the world and, as a result, has forged an impressive career and gained a substantial following in a short space of time.

Elijah recently left South Melbourne Fine Diner, Lume, taking the position as Executive Chef at Loti St Kilda, a new European-style seaside restaurant with hyperlocal foraged ingredients. All of this, coming straight from a 4-year stint in China where he ran a large group of restaurants across the country, namely Botanik, that earned him multiple awards and accolades; including attending the World's Top 50 Restaurant Awards and Asia's Top 50 Restaurant Awards as an honorary guest for two consecutive years.

Elijah has also worked for Noma Australia as head forager & chef, Aria, Jonahs, Quay, Fishface and Darren simpson among some, across his 18 years of cooking.

Onions! From Humble to Hero, We Peel Back the Layers of this Fascinating Ingredient