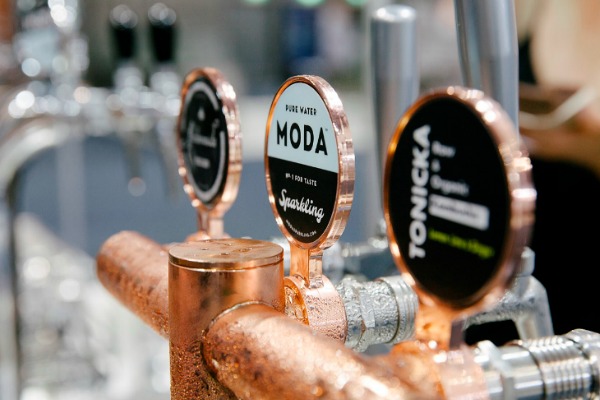 Time Out Sydney announced their 2017 Bar Awards winners on 29 January, with This Must Be the Place taking out two awards, and Mikey Nicolian from Continental named Bartender of the Year.

As well as the top gong for Bar of the Year, Oxford bar This Must Be the Place, which specialises in spritzes, took out the award for Best Cocktail Bar. The bar had previously received Time Out Sydney’s Best New Bar accolade in 2015.

“This bar brought something new and dynamic to Sydney’s bar scene when they launched their Spritz menu, and it’s that kind of boundary pushing that keeps us going back there,” said Time Out’s national food and drink editor, Emily Lloyd-Tait .

The Time Out Legend Award was given to jazz bar Venue 505 in recognition of 12 years of independent music , while King Street cocktail and soda bar PS40 was named Best New Bar.

Best Neighbourhood Bar nominees spanned the city, from Castle Hill and Parramatta, to Redfern and Newtown, but Enmore’s the Gretz took top honours.

Kat Dopper, who runs the club nights Heaps Gay at venues around Sydney, was bestowed with a one off award, Queen of the Party, in recognition of her work in keeping Sydney’s nightlife vibrant through difficult times.

“Sydney’s bar scene has grown since 2008 when we held our first bar awards,” said Time Out CEO Michael Rodrigues. “Our bars and bartenders have since received global recognition. It’s been difficult to watch good businesses suffer the last couple of years, but we applaud and support the tireless spirit of the bar community in battling the challenges created by the lockouts.

“Barry O’Farrell created a problem that Mike inherited and didn’t know what to do with. Will Gladys do better? We look forward to continuing the dialogue with the Berejiklian administration to make Sydney late again.”

BAR OF THE YEAR

QUEEN OF THE PARTY

BARTENDER OF THE YEAR