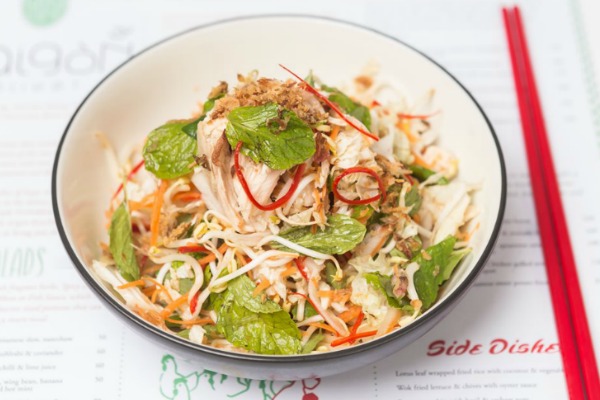 Bali’s Saigon Street restaurant will open brother venue Saigon Lane in several locations in Sydney this summer. From December, Saigon Lane will take over the license and venues previously held by Miss Chu, integrating the Sydney eateries into the Saigon family of establishments.

A new venture from Aki Kotzamichalis, co-founder of Bali’s Ku De Ta, Saigon Lane will offer an authentic menu created under the direction of Phil Davenport, Ku De Ta’s head chef for seven years, as well as many of Saigon Street’s dishes created by Geoff Lindsay.

Saigon Lane will be comprised of two restaurants, Bondi and Glebe, and two ‘Tuck Shops’, in the CBD and Darlinghurst. Saigon Lane will also operate its own delivery service, with scooters delivering to homes across Sydney.

The menu will be a mix of Vietnamese-fusion and sharing dishes, while also retaining some Miss Chu menu items. Dishes will include green rice fried tiger prawns and Vietnamese chicken coleslaw salad with roasted peanuts. The restaurants’ bars will offer cocktails, including two on tap, under the guidance of Grant Collins, founder of Barsolutions .

“Saigon Street has become a real dining destination for Aussies holidaying over in Bali so we thought it was about time we brought a taste of our famous Vietnamese-fusion to Australia. Saigon Lane will have a similar look and feel to its big brother, but with a few unique twists that will be revealed when we open our doors in December!” said Kotzamichalis.