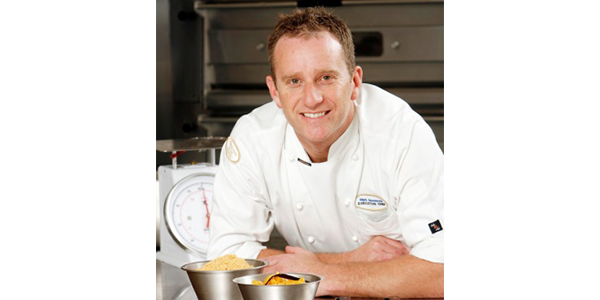 Mark Normoyle, Executive Chef RACV City Club, leads the kitchen of the second biggest hospitality employer in Melbourne. With a team of up to 80 people, including several apprentices, Mark instils a passion for food and a focus on quality which has made the RACV City Club a dining institution. Mark has also appeared on the cult TV program Iron Chef, earning him the nickname of Australia’s own Iron Chef.

How did you start in the industry?

My cooking career started when I was fifteen. It was with the Sheraton Hotel Group at the Uluru Ayers Rock resort. After that and a stint at the Sheraton Mirage, I returned home to take up a post at the Hotel Sofitel Melbourne and finally achieved my goal of becoming a Sous Chef. From there I worked as Chef De Cuisine at the Australian Club before I was brought on board to be at the forefront of the RACV 501 opening, after which I was fortunate enough to be promoted to Executive Chef at the RACV City Club in 2009.

What’s your favourite thing about the industry?

I love that this industry is so diverse – it’s always changing and evolving. There is never a dull moment, and no two days are ever the same.

I find inspiration everywhere. It’s not so much any one person who particularly inspires me – I’m constantly inspired by anyone that has a spark and wants to learn. I think that drive to keep learning is incredibly inspiring.

What has been one of your biggest career highlights?

I have to say taking part in the Iron Chef Food event battle against Iron chefs Chen and Sakai in 2011. What a buzz!

Have you read our Fine Food newspaper yet? Check out all the articles here.